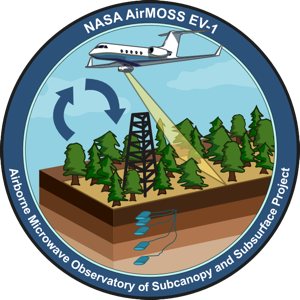 North American ecosystems are critical components of the global carbon cycle, exchanging large amounts of carbon dioxide and other gases with the atmosphere. Root-zone soil measurements can be used to better understand these carbon fluxes and their associated uncertainties on a continental scale. The goal of the Airborne Microwave Observatory of Subcanopy and Subsurface (AirMOSS) investigation was to provide high-resolution observations of root-zone soil moisture over regions representative of the major North American climatic habitats (biomes), quantify the impact of variations in soil moisture on the estimation of regional carbon fluxes, and extrapolate the reduced-uncertainty estimates of regional carbon fluxes to the continental scale of North America.