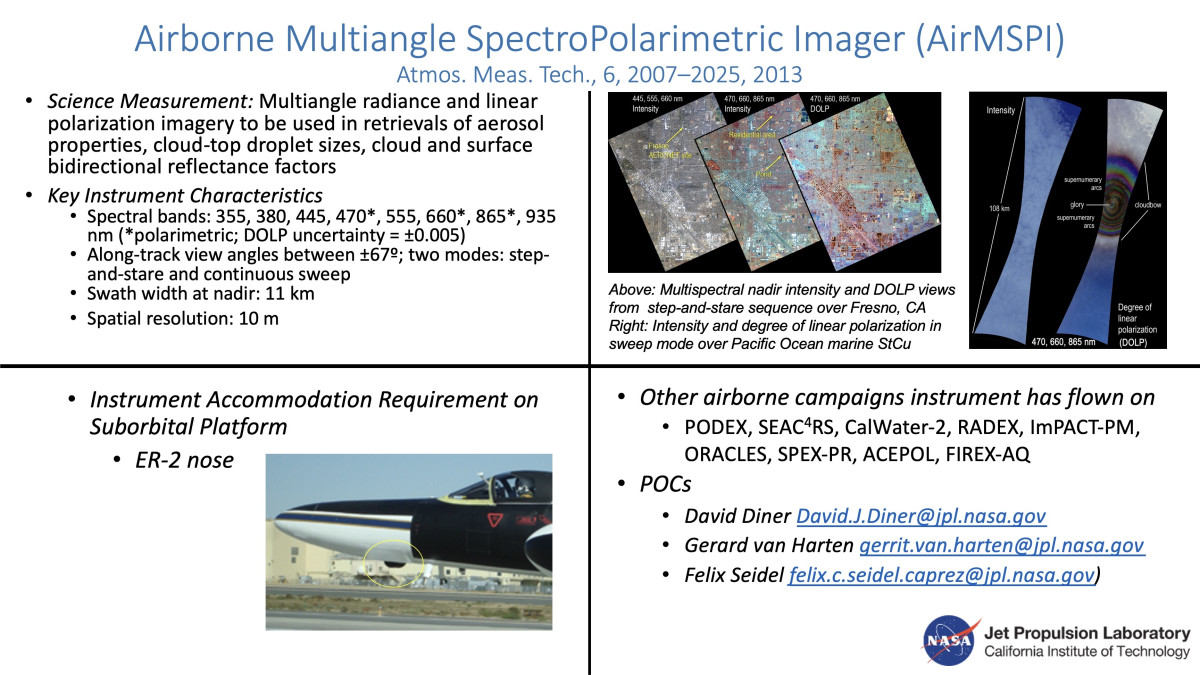 AirMSPI is an eight-band (355, 380, 445, 470, 555, 660, 865, 935 nm) pushbroom camera, measuring polarization in the 470, 660, and 865 nm bands, mounted on a gimbal to acquire multiangular observations over a ±67° along-track range. The instrument has been flying aboard NASA’s ER-2 high altitude aircraft since October 2010. AirMSPI employs a photoelastic modulator-based polarimetric imaging technique to enable accurate measurements of the degree and angle of linear polarization in addition to radiance. A team of scientists and engineers from the Jet Propulsion Laboratory, the University of Arizona, and the University of Texas developed the AirMSPI instrument.

Left: Pressure vessel and cylindrical drum housing the AirMSPI camera. Right: AirMSPI installed in the nose of the ER-2. The instrument is visible protruding below the fuselage. 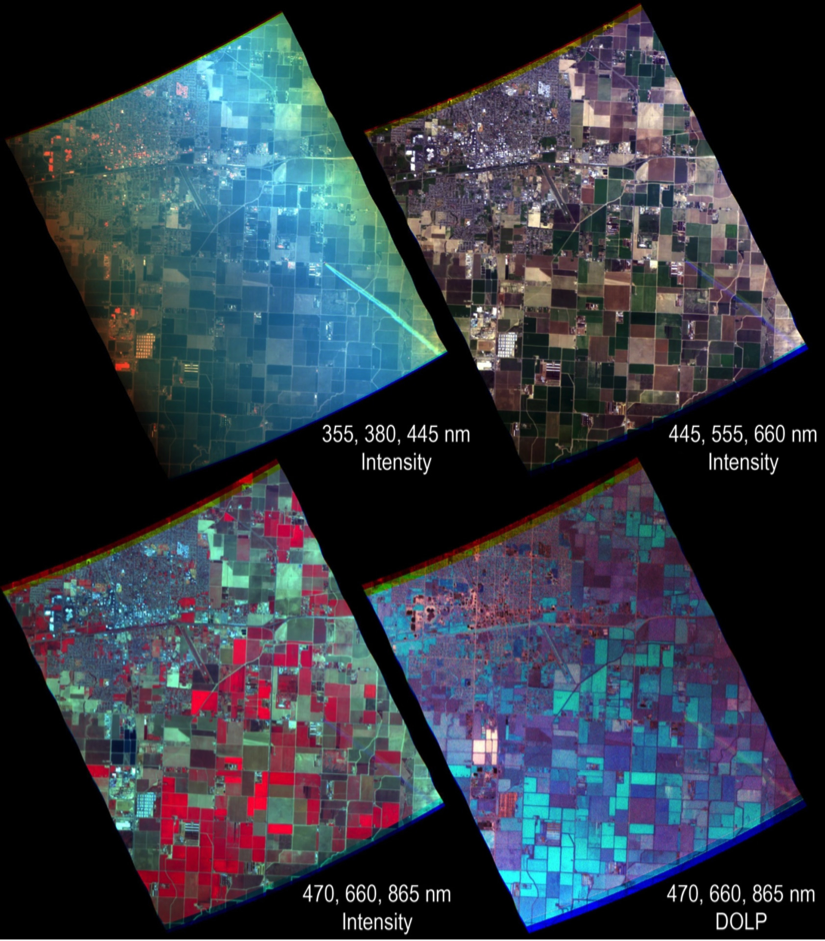 Nadir imagery from an AirMSPI step and stare sequence over Hanford, CA acquired on 22 January 2013. Different combinations of image channels are displayed as blue, green, red color composites. North is at the top and the aircraft motion is to the southeast. Notable features include the high level of spatial detail, the reduced level of surface contrast in the UV/blue composite due to enhanced atmospheric scattering, the presence of an aircraft contrail near the lower right of each image (most obvious in the UV/blue composite), and the high degree of polarization in rectangular features near the left side of the DOLP (degree of linear polarization) image. The latter features are ponds associated with the Hanford Wastewater Treatment Plant. 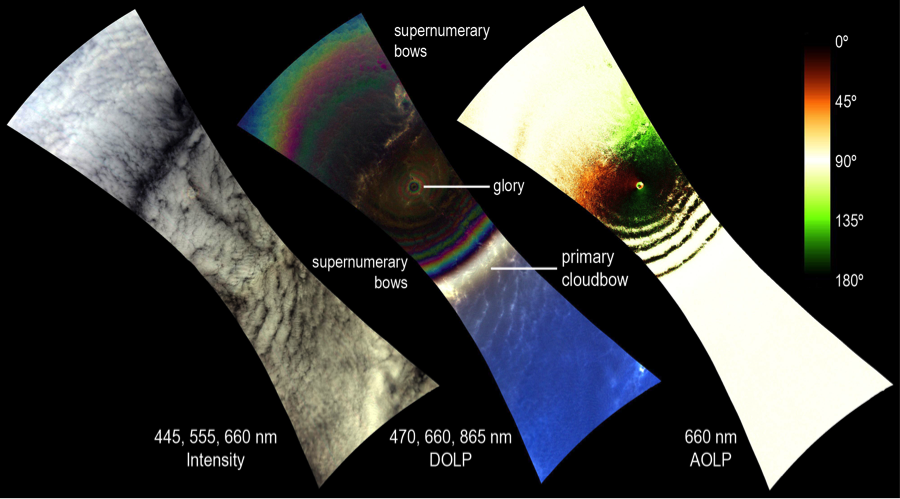 These AirMSPI images were acquired in sweep mode on 6 August 2013, off the coast of Oregon. Left: Smoke from a large wildfire blew out over the ocean and is present above the marine stratocumulus cloud field, imparting a brownish hue in the intensity image. Middle: DOLP image vividly shows the glory, colorful supernumerary bows, and spectrally neutral primary cloudbow. All of these features are indicative of spherical cloud droplets. The data were acquired near the principal scattering plane. Right: AOLP (angle of linear polarization) at 660 nm relative to the plane of scattering, with associated color scale. Modeling of the scattering phase matric element gives a droplet size distribution with an effective radius of 12 mm and effective variance of 0.03. The model takes into account the spectrally varying index of refraction of water.