The L-band radar began its Santa Barbara Oil Seep experiment aboard the AFRC jet (NASA802) on June 24, 2022, for observing natural seeps near Santa Barbara shoreline in coordination with the in-situ teams as well as satellite imagery from Radarsat-2, TerraSAR-X, and Worldview.  On June 24, surface team reported lots of different oil slick configurations with variant wind conditions, which were captured by UAVSAR successfully.  Attached is a UAVSAR onboard processor quicklook image showing the oil slicks and support boat across one of the thick slick, as well as the aerial photo of the same slick. 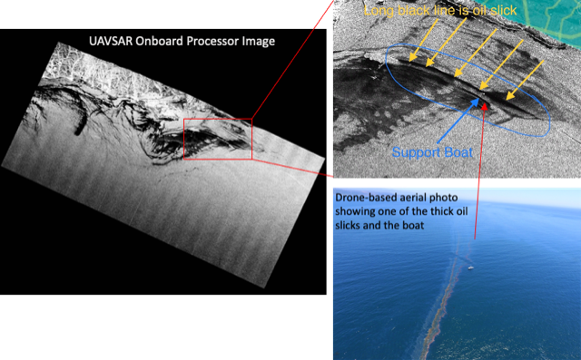